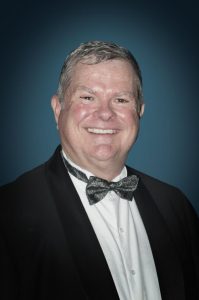 In Dec 2004 Peter was the conductor of the Singapore Band Directors association cluster band festival honors band in their performance at Singapore’s Victoria Concert Hall. In 2005 he was appointed to the position of Director of Music at Iona College. During his time in that position Iona College grew to a program with over 500 boys playing music in 26 large performance ensembles and many chamber groups. At Iona Peter led three international tours, four to Singapore and the other two to New Zealand. 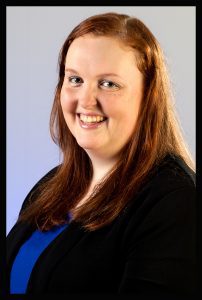 Allen Clark is the Assistant Conductor of the
Wind Ensemble.

Allen commenced his playing career on Baritone with the Invermay Silver Band in Launceston, Tasmania, at the age of ten, before progressing to Principle Euphonium at the age of sixteen. Ten years later Allen took over as conductor of the band and by this stage Allen had been adjudged Tasmanian Euphonium champion on two occasions. Allen then set about improving the standard of the band and was successful in taking the band from C grade to B grade during his nine-year term as conductor. During this time Allen was appointed to the Musical Advisory Board of the Tasmanian Bands League for a one year tenure.

Shortly after taking over as conductor, Allen completed a one-year preparatory course on music performance at the University of Tasmania, followed by the completion of a conducting unit at the University under the guidance of Monte Mumford. Allen also joined the University’s Concert Band, under the direction of Monte, where he played Euphonium during its transition into the highly acclaimed University of Tasmania Wind Orchestra as well as taking on the role of Administrator for three years while membership grew to 200. Allen was appointed assistant Conductor of the Wind Orchestra in 1994 and continued in this role until re-locating to Queensland in 1999. During this time, as a member of the Australian Band and Orchestra Directors Association (ABODA), Allen attended a number of conducting clinics both in Tasmania and Victoria, with prominent wind band directors from the USA, the United Kingdom and Australia, as guest clinicians.

In 2000, Allen joined Brisbane Excelsior Brass Band and played Euphonium, Baritone and Tenor Horn with the band during its rise to No 1 ranking in Australia. This playing experience under the direction of Howard Taylor, and among a number of Australia’s finest brass players, has inspired Allen to continue to pursue new heights in both his playing ability and conducting skills. A conducting highlight for Allen during this time was to conduct the winning ensemble from the band in the Open Ensemble section at the National Band Championship in 2004.

From 2005 through to 2017 Allen was the Conductor of the Wind Ensemble of Redland City Bands. During this time Allen led the Ensemble to first place in all categories of the 2014 D Grade section of the Australian National Band Championships. Allen stepped down from Conductor at the end of 2017 to allow Louise McGill to take up the role, but remains as both a player and assistant conductor.  Allen is also the Drum Major for the Redland City Bands.

Although heavily involved in community music for many years, Allen’s professional career path has been in Accounting. Allen is Financial Controller for the Queensland site of the largest offset printing company in Australia,  PMP Limited. Allen is  a member of the Institute of Chartered Accountants in Australia, has a Bachelor of Business Degree and completed his MBA prior to moving to Queensland, at which time he was awarded the Owen McCarthy medal for highest academic achievement.

Reece Jarman is the Conductor of the
Beginner Concert Band. 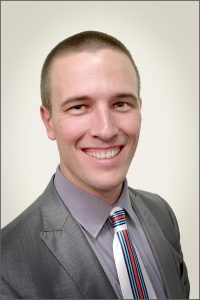 Reece started his musical career at Primary School, learning first the Alto Saxophone and then the clarinet. He became aware of the then Redlands Shire Bands at a music camp that the bands ran and decided to join the Beginners Band. Because of his natural talent he quickly progressed through the ranks to play in the Wind Ensemble, Concert Band and Big Band. He continued his involvement in music by enrolling at the Queensland Conservatory (Conducting) although he has currently put his studies on hold. Reece is a long-standing member of the Redland City Bands and is an accomplished musician and conductor within the organisation.

On his own initiative Reece started a successful Jazz Improvisation Group which rehearse
after Beginner Band on Tuesday nights. Thanks to Reece this group of players have greatly improved their musical skills and solo playing.

Reece also instigated an annual Beginner Band Solo Night held in the Band rehearsal room where each of his band members are given the opportunity to play music of their own choice in front of an audience and a sympathetic adjudication panel. This experience and the written comments given to the players at the end of their performance encourage their musical development.

The passion Reece has for music and the enjoyment he gains from encouraging others, in particular those starting out on a musical journey, irrespective of age, is very obvious and he has an innate ability to transfer this passion to individuals and his bands as a whole.